The year of 2020 was an interesting year for all and was no different for our Kytherian Football team.

As always, the anticipation for the new winter football season commencing in April roused our teammates to commence early pre-season training to prepare for the upcoming competition. Unfortunately, the world had other plans and the competition was ‘postponed’ for a short period to await the impacts COVID-19 would have on the game and the community. A rollercoaster ensued with the competition proposed to start, then delayed, then to start again only to be once again delayed until eventually we had lost hope that the 2020 season would be cancelled completely. Fortunately, within the time of two weeks, the competition was to start and we scrambled to organise ourselves for the season.

The Kytherian FC All Age 11-aside competition began as you would expect, with a lot of cobwebs to dust off due to the long period without training or matches. The competition ran for a shortened 14 weeks against competitive teams each Sunday in the routine that has become common place for a number of Kytherians and non-Kytherians alike. Together with weekly training and officially sanctioned matches, the Kytherians played hard and finished mid table with a 5-0 win against one of the top four teams to take us out for 2020. 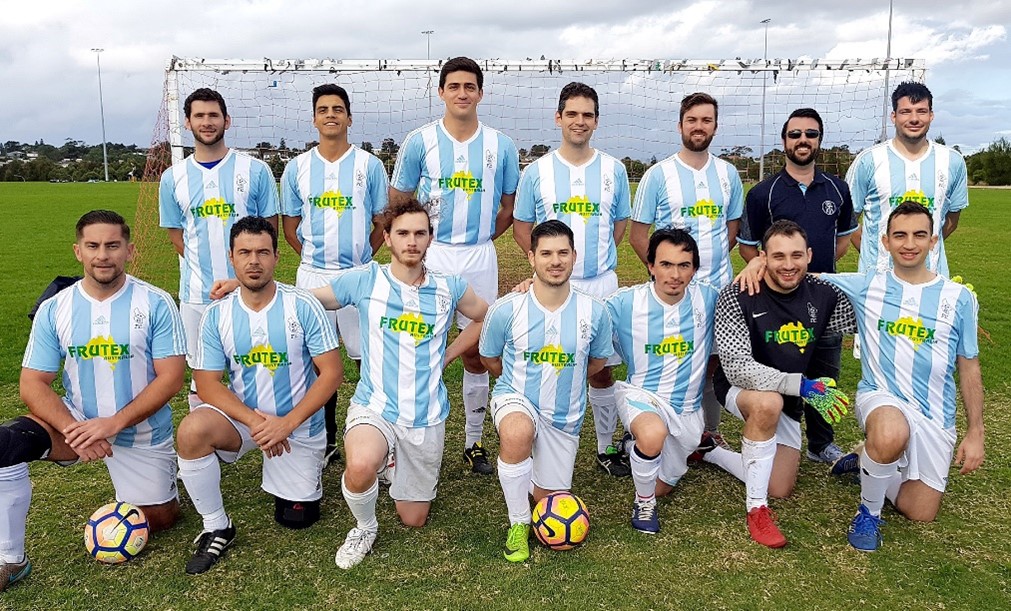 Overall morale was always positive with a number of our matches only conceded in the dying minutes of some matches due to our fitness disappearing in the hotter than normal conditions.

We now have our sights set on the 2021 season with the team moving up a division from last year and already with our first match under our belt. The team is looking strong and I have great hopes for another great season of Kytherian football.

This year’s draw will hopefully be available to the greater Kytherian community should you wish to attend any of our Sunday matches with my mobile number (0419 039 349) always on hand if you would like more information about the Football Team.